Even though the early signs of winter’s waning may seem unimpressive to us, to the wild things they provide notice that the big dance is about to begin. Soon birds will pour forth song, salamanders and frogs will seek out vernal pools, and swarms of midge flies will take to the air.

Those that have waited the longest for spring’s arrival are poised to explode into a flurry of riotous living. And a riot it will be, albeit a silent one, as this is an explosion of plant growth. Responding to a few days of warm temperatures and rain, a multitude of plant shoots and buds will pierce upward through the soil’s surface, transforming a drab gray landscape into an ocean of green.

The plants are on a mission, reaching out to capture the sun’s energy. Light is sustenance for plants, and without it they could not exist. Although not obvious to us, plants of the forest floor struggle and compete for this precious commodity. It’s not only a competition with each other, but a race against the clock, as the available light will quickly diminish.

Early rising, short-lived wildflowers are what botanists call spring ephemerals. Emerging in late winter and early spring, they flower, fruit, and disperse seed in a matter of a few weeks. During this time the ephemeral wildflowers bask in the sunlight that passes unimpeded through the naked tree limbs above. When the forest trees have fully leafed out, reducing available sunlight on the forest floor, the ephemerals turn in for an extended period of dormancy. lt will be almost a full year before their return.

The mass blooming of spring ephemerals provides one of the most spectacular wildflower displays anywhere. Thousands, if not millions of flowers of several different species carpet the forest floor, creating a scene unparalleled in even our most well-tended gardens. Spring beauty, Dutchman’s breeches, toothwort, trout-lily, and bluebells are a few of the classic spring ephemeral wildflowers.

Clearly the most common spring ephemeral is spring beauty, it being found in every county of the state. Another well-known spring ephemeral is bluebells. This magnificently beautiful wildflower is most at home in floodplain forests. Where it grows in great masses the sight is unforgettable.

Not all early blooming wildflowers are spring ephemerals. One is skunk cabbage. This is a plant of seepage swamps, and its cluster of small flowers can be found as early as late January. It is remarkable by its ability to generate minute amounts of heat, perhaps to warm its flowers during cold days. Even snow can be melted by the heat produced. After flowering, huge cabbage-like leaves develop and persist well into summer.

As the spring season progresses, and ephemeral wildflowers disappear, the pace is more casual. The new group of wildflowers coming up are not under the time constraints of their early rising neighbors, as they have the remaining growing season to prosper. And since the ephemerals have already received their needs from the environment, there is more space, moisture, and nutrients for the later ones.

Gradually temperatures drop and winter again takes its hold. Spring will seem ever so far away. But take heart – the vernal renewal of life is a tradition since the creation of time, and nothing will get in its way.

Michael Homoya contributed a longer version of this article to Outdoor Indiana magazine in 1996. He tries to reread this piece each winter in anticipation of spring. We are excited to host him on May 2 for a “Wake Up to Spring” wildflower walk and Wake Up Woods reading at Oliver’s Woods. Two times are available. Here’s where to sign up for the noon event or the 3pm event. 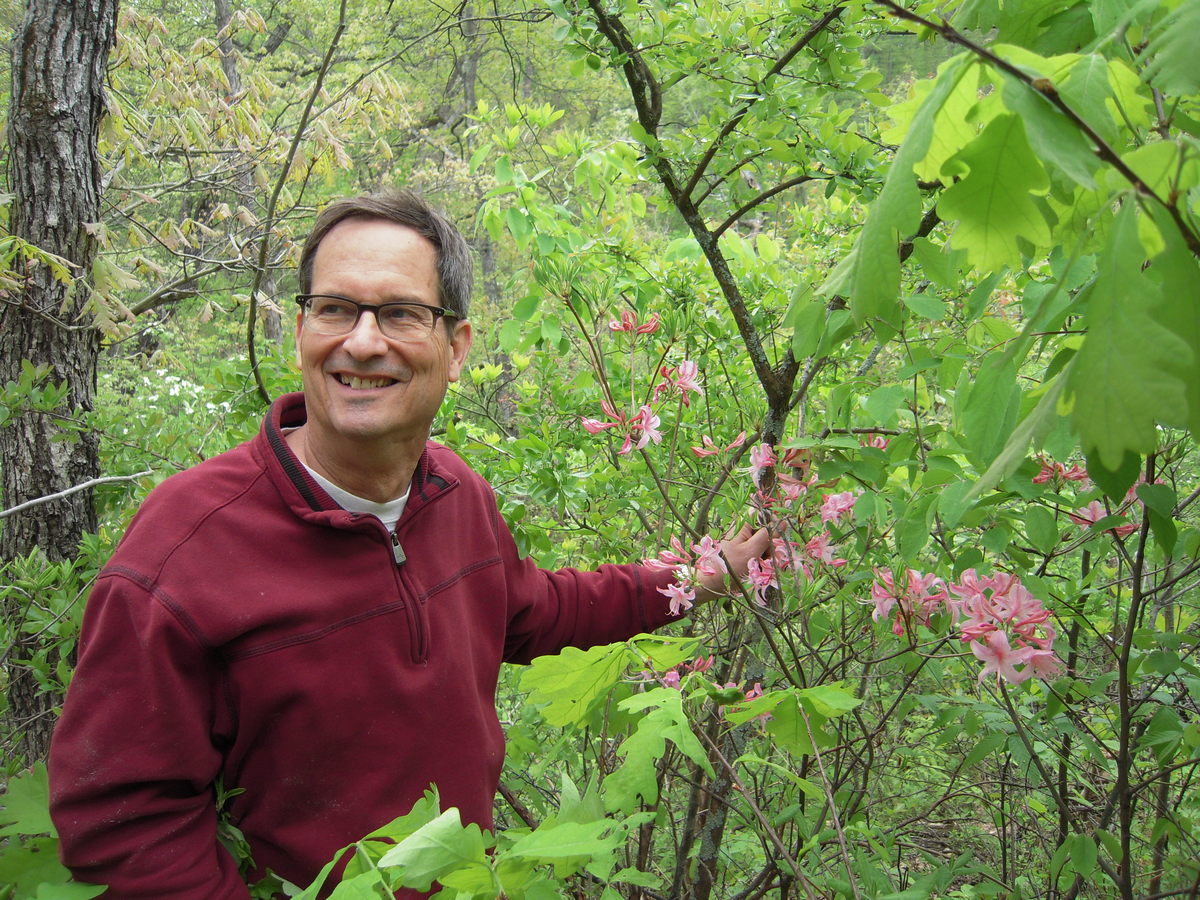 Michael Homoya was a botanist and plant ecologist for the Indiana Department of Natural Resources Natural Heritage Program for 37 years prior to his retirement in 2019.