I drove up to Nonie Werbe Krauss Nature Preserve with my son one early morning in a failed effort to avoid the heat. It’s late summer now, and wildflowers and pollinators are my new joy, as the migratory birds have largely moved north and stopped their mating melodies. Binoculars in our hands, we set off into this preserve for the first time, not knowing what we’d find.

Winding trails buttressed by a close canopy of trees kept us cool as we spotted the usual suspects: catbirds, house wrens, a white-eyed vireo with its weird broken-machine calls, a northern flicker, and a group of indigo buntings. 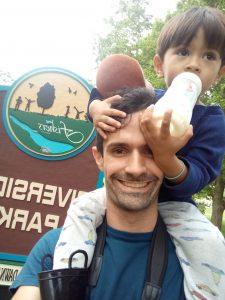 While much of this area was forested, native tallgrass meadow is one of the most rare ecologies in Indiana. Habitat destruction and changes in land management, like the prevention of fires, has left this rare and fecund ecosystem endangered, so it was a treat to come across some nice fields full of coneflower, black-eyed susans, bee balm, and more—all veritably humming with life.

Yet perhaps the biggest threat to these native species, introduced weeds (invasives) are everywhere here too. Invasives will take over whole ecosystems, displacing native plants that evolved strong relationships to support the web of life over millions of years. Invasive species serve nearly no value to the local fauna.

Indiana landowners and agencies spend over $8 million annually to control such invasives—and they are still struggling. Many invasives remain readily available in any garden shop, yet they wreak havoc on our environment, and especially biodiversity. By overtaking native plants, invasives destroy the foundation of an ecosystem’s food web, thereby starving and even poisoning local fauna. Although often sold for their beauty or ease to grow, invasives replace that foundation with something largely inedible, harming entire ecosystems.

As a suburban preserve, Nonie Werbe Krauss lies in close proximity to gardens where many of these species are still cultivated. So, not surprisingly, just as is true with almost everywhere I walk these days, Nonie Werbe Krauss Nature Preserve is brimming with Canada thistle, callery/bradford pear, and bush honeysuckle.

Signs dot the preserve acknowledging the invasives and illustrating the work being done. It is obvious where Central Indiana Land Trust has made progress,* and they are right in tackling the issue in manageable segments—it is too great a problem to tackle all at once.

But there is hope. Like CILTI’s volunteer weeding events, all over Indiana there are Cooperative Invasive Species Management Areas (CISMAs) being formed to address this blight on our lands. I am helping form one in Bartholomew County, but there existing CISMAs in the majority of Indiana’s counties. I can’t recommend them enough. 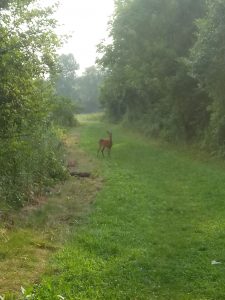 Meanwhile, at the preserve, we had a sweet surprise when we reentered the woods. Near the end of the walk, while I was admiring the indigo buntings through my binoculars, my two and a half year old tugged on my pants. “Papa” he said in a hushed excitement, “deer!” What a treat to share together.

*Thanks to support from Friends of Hamilton County Parks, the stewardship team has eradicated roughly 80 percent of the pear trees that were beginning to choke out a 2008 oak-heavy tree planting. (Pear trees still dominate an adjacent area that is not CILTI property.) This important work continues! To get involved, keep an eye on our Events calendar for upcoming work days. And remember to do your part by avoiding planting invasive/non-native species like callery pear. 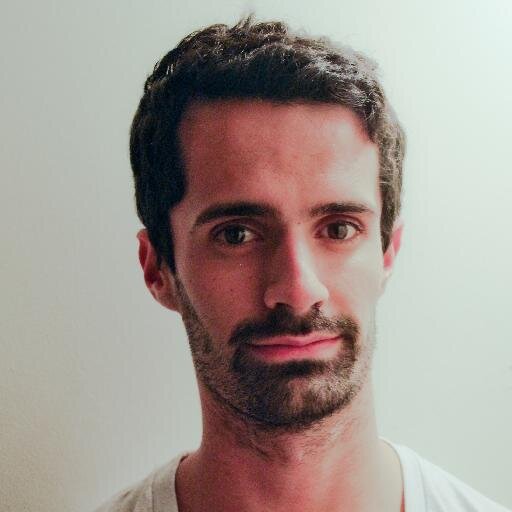 Ben Valentine is a founding member of the Friends of Marott Woods Nature Preserve and is active in several other conservation organizations. He leads a series of NUVO interviews with Indiana's environmental leaders, and he cherishes showing his son all the wonders of nature he grew up loving.