In less than ten years, Meltzer Woods‘ wintercreeper problem has come under control.

What is wintercreeper? If you spend any time in a residential area, you will see this evergreen vine in gardens and/or climbing trees. For years, nurseries sold it as a groundcover, like English ivy.

But purple wintercreeper (Euonymus fortunei ‘Coloratus’) is highly invasive. Like many invasive plants that the stewardship team battles throughout our preserves, wintercreeper vines would not be an issue if they were contained to personal gardens. Wintercreeper joins honeysuckle, autumn olive and burning bush, among others, in finding their way out of the intended gardens and into natural areas.

There, wintercreeper can quickly smother out native vegetation by creating a dense mat of trailing vines. As native plants dwindle, so do the insects that rely on them. That impacts birds and, eventually, the entire food chain.

But the problems with wintercreeper only multiply from there.

When allowed to climb a tree, wintercreeper can reach heights of 50 feet, damaging the tree. Yet the most widespread harm starts much earlier, when the vines are just 10 to 15 feet long. That’s when wintercreeper produces flowers and then fruit. Birds snack on the berries and transport the plant to natural areas where the groundcover of choice is a diverse mix of native plants.

Meltzer Woods is a prime example of the havoc that wintercreeper can cause on a beautiful natural area. One of the many special places that CILTI protects and manages, Meltzer features a mile-long trail around some of the more amazing trees in the preserve. It is one of our best-loved and most-visited preserves.

But the woods today look very different than when we purchased it from the Meltzer family back in 2014, when there was a severe wintercreeper problem.

Even before CILTI took the property on, our executive director Cliff had worked with the family to address some of the most serious vines that were climbing century-old trees. But much of the forest floor was a “carpet” of the vining euonymus we call wintercreeper. It had all but created a monoculture on the ground, choking out natives that could not compete with the groundcover.

After CILTI acquired the woods, we could dedicate resources to addressing the infestation. This was done with the ongoing support of our wonderful members, as well as state programs like the Environmental Quality Incentives Program (EQIP) that help defray the cost of managing invasives like wintercreeper.

It took some early bombardment to knock it back, but we are now in a much better situation. The stewardship team spends a handful of days in the late fall and early spring spraying areas where it is popping back up in small patches. We have found that herbicides with the active ingredient Triclopyr are most effective in combatting the plant. We carefully select the windows of the year to spray, targeting times when the majority of the natives are dormant. This reduces the chance of hurting the plants we are championing.

So, what does life after wintercreeper look like at Meltzer Woods look like? Well, the springtime forest floor in most areas is back to the mix of spring ephemerals that one would have likely enjoyed before wintercreeper took over. Healthy populations of trilliums, jack-in-the pulpit and bellwort paint the ground with color. Even rarer species like putty root orchids thrive in areas that would have surely been covered in wintercreeper.

While the battle against wintercreeper has been an overall success, that doesn’t mean that we can walk away and let the woods be without ongoing management. Much of the regeneration has been positive, but we’ve also seen invasives like garlic mustard pepper the woods in the spring. These opportunistic plants require ongoing maintenance to eradicate.

Also, the woods on the parking lot side of the road (east) are not owned by CILTI. This area is heavily infested with wintercreeper. We have a management agreement in place with the owners and will be working on knocking it back as time allows. But until then, we will be dealing with a seedbank that only has to cross a two-lane street to get to our preserve.

As always, we thank our members and supporters for enabling us to carry on this important work, so that iconic places like Meltzer Woods can stay resilient and healthy into the future.

Want to help CILTI restore natural areas? Check out volunteer opportunities here. You can help us improve the health of forests and other natural habitats. 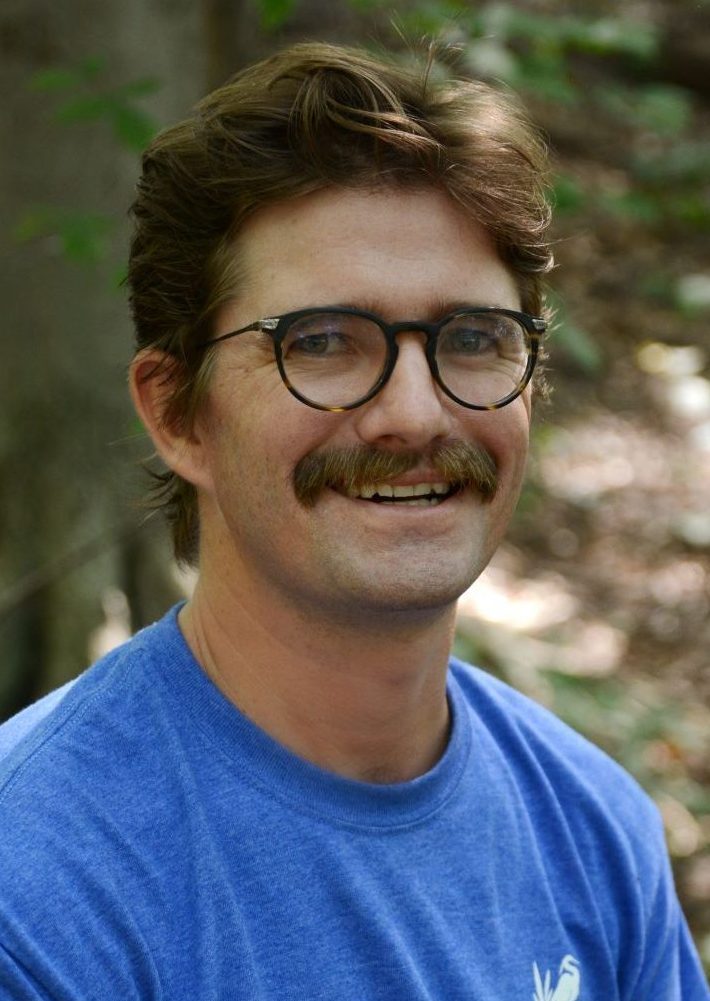 jhutchins@conservingindiana.org
406.546.7244
Jamison leads our stewardship team in caring for the land that is so important to you. He brings not only a love of nature, but an ability to create meaningful partnerships that advance crucial work.