The original stewards of this land were likely Miami Indians, many of whom were forcibly removed from Indiana in 1846. (For more, see the Indiana DNR’s history page.)

Upon moving from England in 1855, Dr. James Livingston Thompson took ownership of over 300 acres of land situated in the crossroads of America. In this part here, he built a home. The land would be used as a dairy farm, stretching all the way to 96th Street, and remaining intact as it was passed down through the family—even as neighboring families sold their farmland to developers—until time did as it has always done.

Great-grandson to Dr. James Livingston Thompson, Oliver Daugherty was born in Vancouver, Washington on May 22, 1937. His father Joseph Daugherty was a colonel in the U.S. Army and moved his family with him wherever he was stationed, allowing Oliver to experience life in such far-flung places as Virginia, Panama and the Philippines. The family took up permanent residence of the property in 1954 when Joseph retired from the military.

The property was split in half during the 1960s owing to the construction of I-465, and the Daugherty family developed the northern portion, leasing the land east of Carmel Creek for gravel extraction.

In 1992, Daugherty declined an offer of $14,000,000 for his 53 acres. In 1998, after selling a conservation easement to the City of Indianapolis, he declined $9,000,000 for the land west of Carmel Creek. Oliver Daugherty donated the 53 acres to the Central Indiana Land Trust upon his death in 2009. The Daugherty House has since undergone a number of necessary improvements, and it is now available for local not-for-profit groups to use for meetings and events. The Central Indiana Land Trust continues to be eternally grateful for Mr. Daugherty’s vision and generosity.

For more information on how your nonprofit can host events here, contact gvankan@conservingindiana.org. 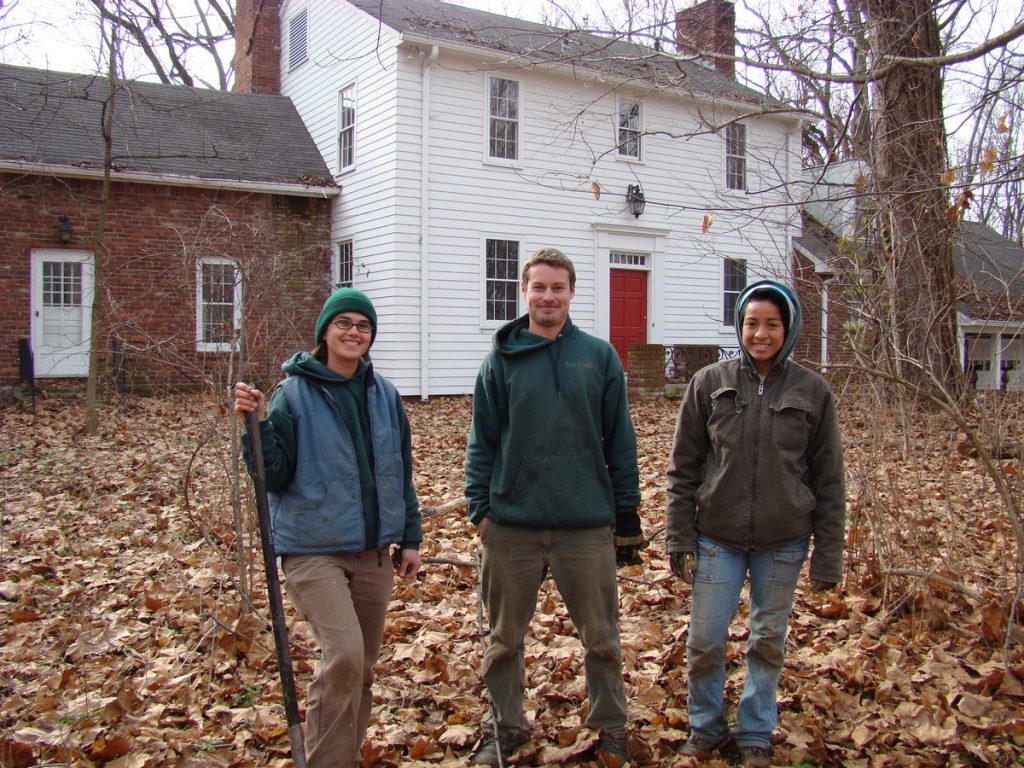 Volunteer day at the house in 2015 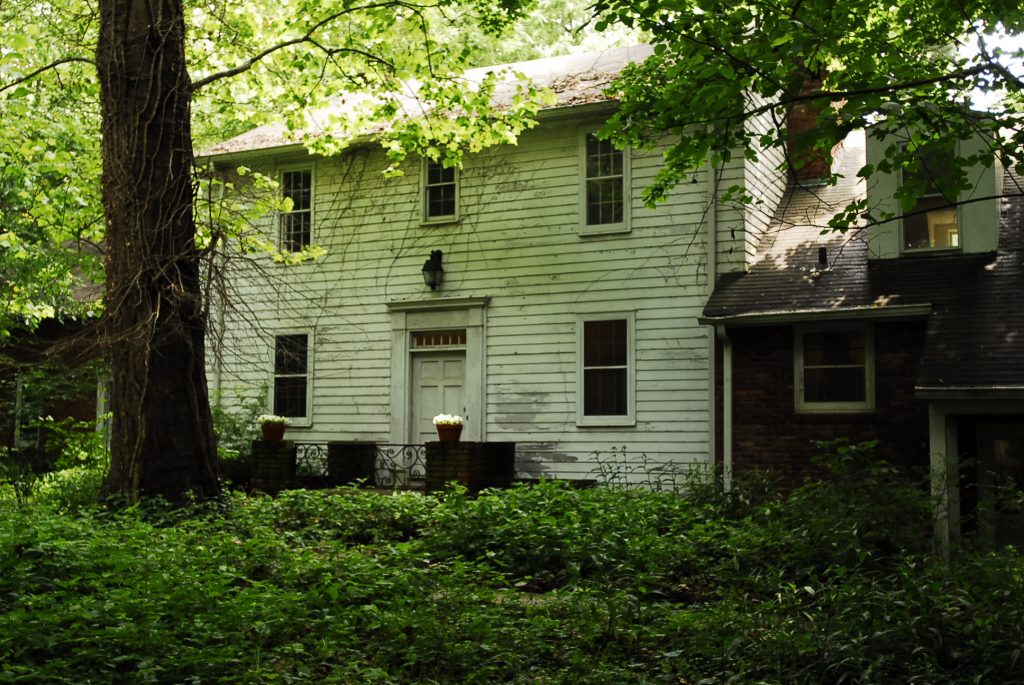 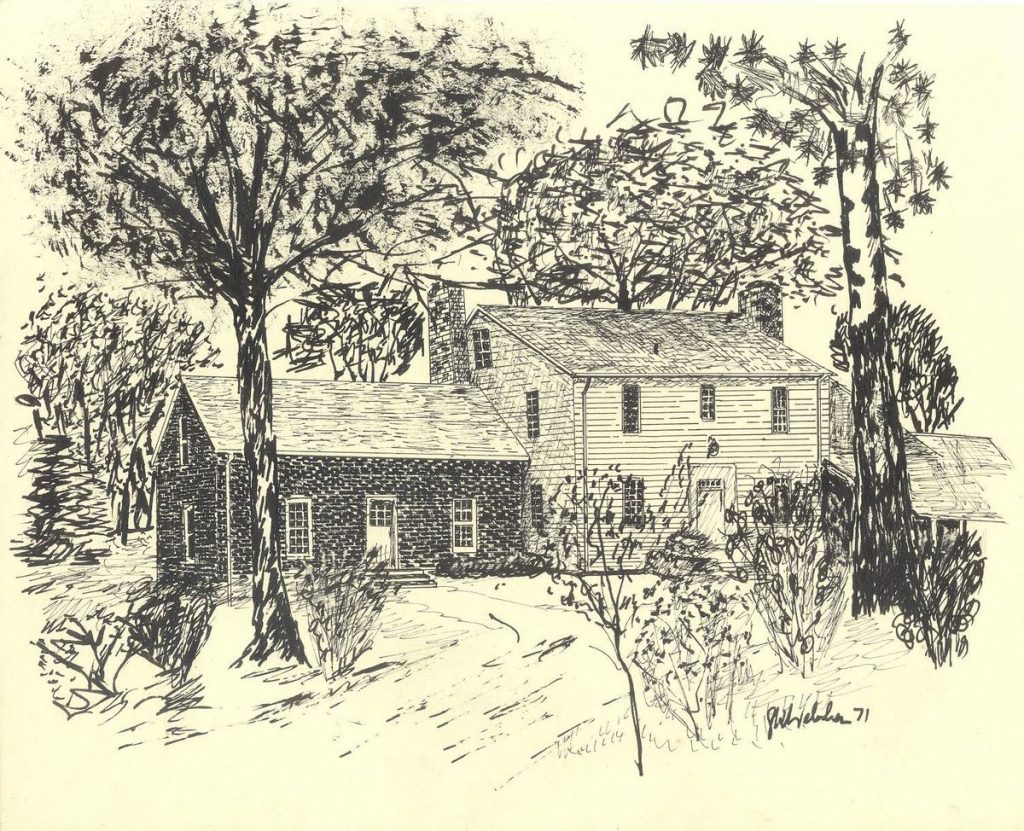 Sketch of Daugherty House from 1971