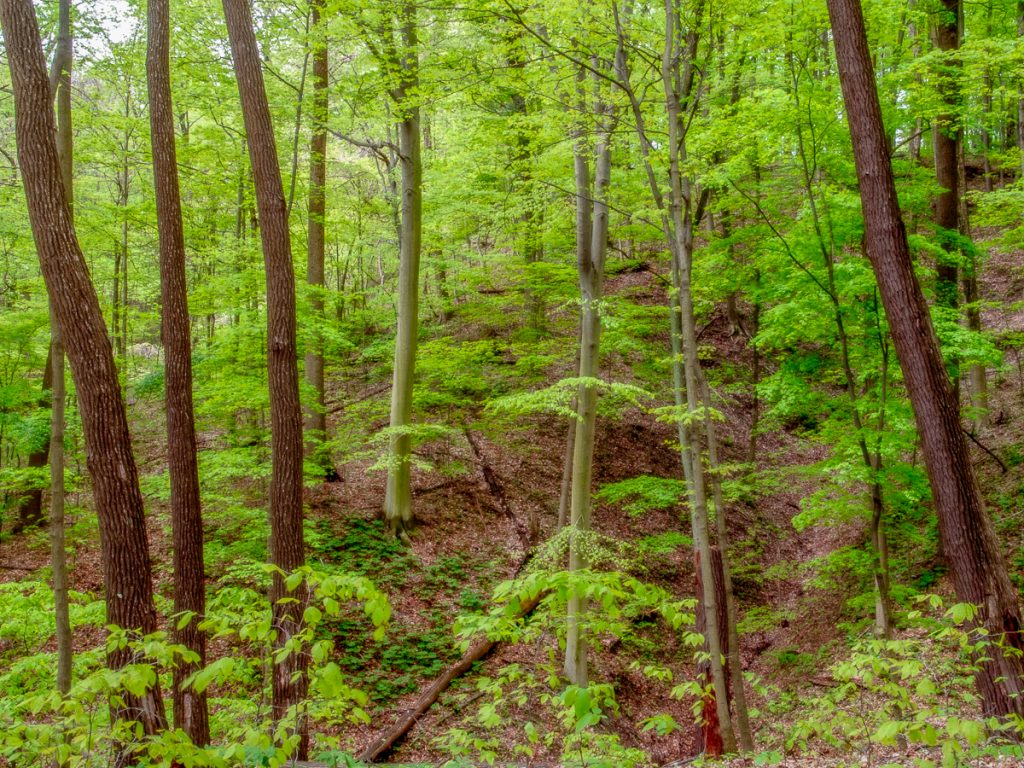 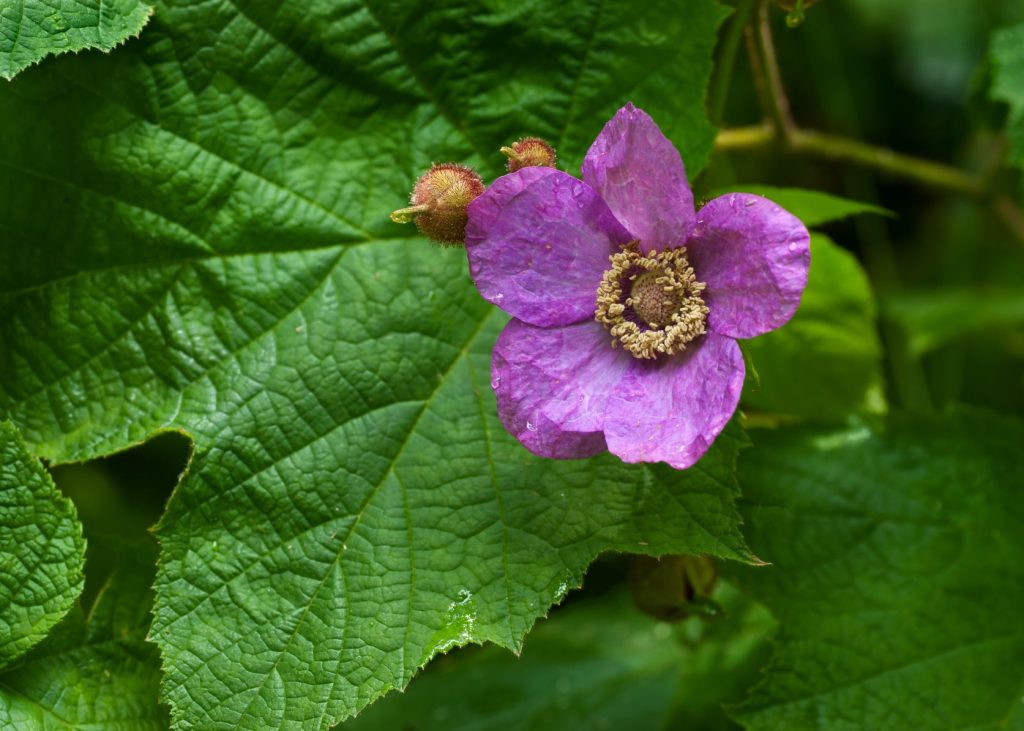 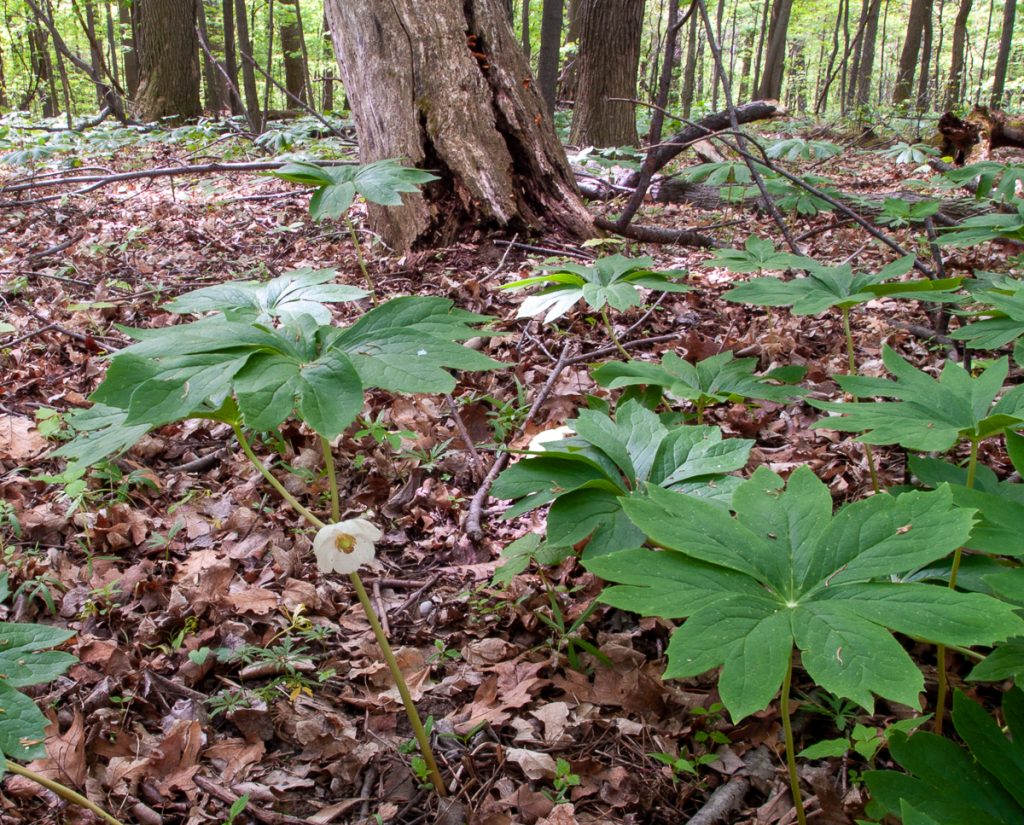 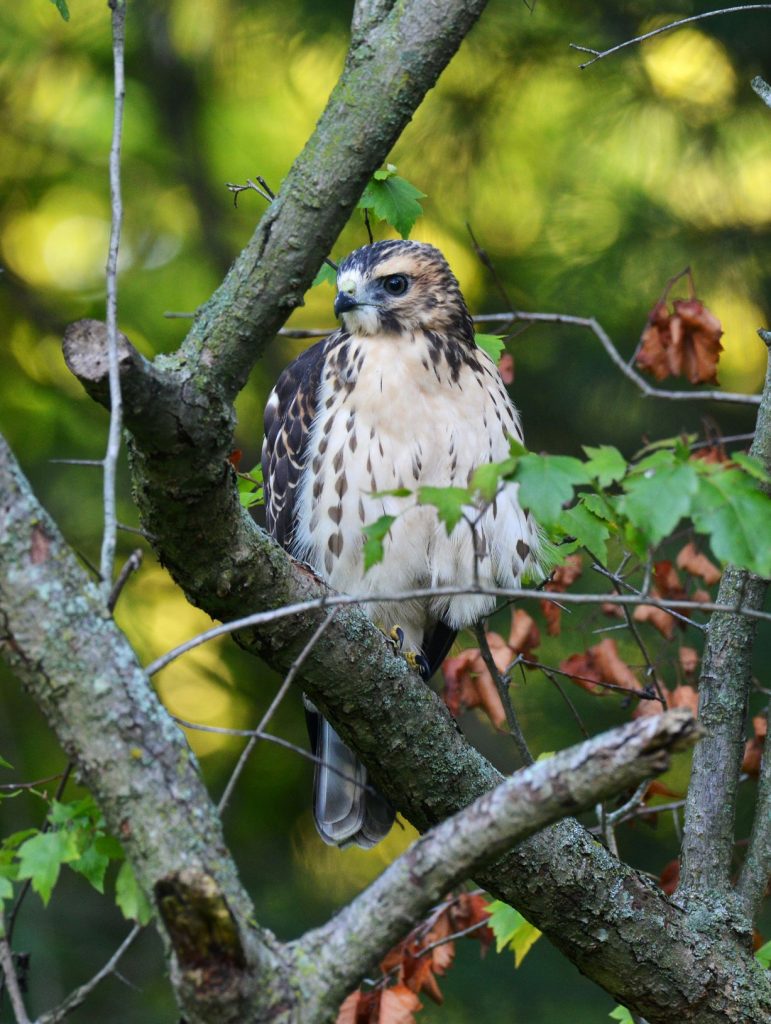 Blue Bluff Nature Preserve was among the first parcels in Indiana to be protected in 1962. Its rugged, forested slopes and upland woods were originally preserved as the only known site in the state for flowering raspberry, a plant commonly seen in the Smoky Mountains. It is named for a steep 210-foot shale and siltstone bluff that sits above the West Fork of the White River.

Situated at the southern edge of the Wisconsin glaciation of the Ice Age, the mixed hardwood forest features an abundance of ferns and spring wildflowers.

The state-dedicated nature preserve is part of the Blue Bluff-Bradford Woods conservation area, which is home to a migrating raptor called the broad-winged hawk, a species of special concern.

This property is closed to the public because it is not safe to access at this time.

This preserve is closed to the public because it is not safe to access at this time.